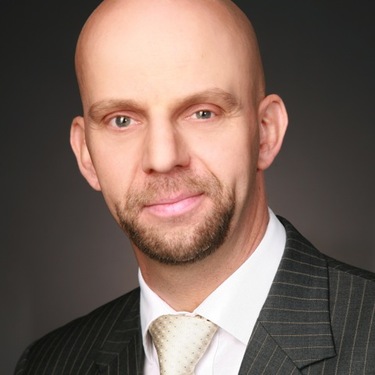 Sándor P. Fekete holds the chair for Algorithmics in the Department of Computer Science, Braunschweig University of Technology, Braunschweig, Germany; he serves as director of the interdisciplinary Center for Informatics and Information Technology of TU Braunschweig (tubs.CITY), which brings together 25 professors and their institutes.

Following work as a Postdoctoral Research Fellow in computational geometry (SUNY Stony Brook, 1992–1993), he joined the Center for Parallel Computing of the University of Cologne (1993–1999), receiving his habilitation in 1998. After working as an Associate Professor with the Mathematical Optimization Group, TU Berlin (1999–2001), he was a Professor for Mathematical Optimization, Braunschweig (2001–2007), until being appointed to the newly created chair for Algorithmics.

His main interests lie in computational geometry, combinatorial optimization, graph algorithms, distributed algorithms, and various applications in computer science, engineering, and economics, such as sensor networks, robot navigation, or traffic control. He has published over 200 peer-reviewed papers with over 200 coauthors, in publications such as the Journal of the ACM, the SIAM Journal on Computing, Algorithmica, Mathematical Programming, Discrete and Computational Geometry, the Journal of Algorithms, and Operations Research; his h-factor according to Google Scholar is 40. He has also served on program committees for numerous conferences, including the top-ranking algorithmic meetings SODA, ESA, and SoCG (as co-chair in 2016), and as a reviewer for over 40 journals.

Planning and optimizing the motion of one or several robots poses a wide range of problems. What positions should one powerful robot pick to scan a given area with obstacles? How can we coordinate a group of weaker robots to explore an unknown environment? How can we ensure that a swarm of very simple robots with local capabilities can deal with conflicting global requirements? And how can a particle swarm perform complex operations? We will demonstrate how an appropriate spectrum of algorithmic methods in combination with geometry can be used to achieve progress on all of these challenges.